What’s UP with GE at Universal Appliance and Kitchen Center In appliances, General Electric covers the gamut from the mass market GE brand with the famous logo or “bug” right up through upscale line extensions such as GE Profile and GE Café to their luxury GE Monogram lineup. You can get them all at one of Southern California’s leading retailers of major appliances and plumbing fixtures Universal Appliance and Kitchen Center (UAKC).

Only Whirlpool with it’s Amana, Whirlpool, Maytag, KitchenAid, and Jenn-Air brands and perhaps Electrolux with Frigidaire, Frigidaire Gallery, Electrolux, and Elextrolux Icon have offerings that come close to covering the gamut of price points and market variety that GE Appliances presents.

GE shows no signs of stopping either. They continue to grow their model mix by adding colors and finishes such as the 2012 introduction of the Slate finish, and GE’s more recent introduction of the Artistry Series. We’ve written about both of these product launches in previous blogs. Click Below: With all these choices in the GE appliance family it’s easy to get confused. Here’s a guide:

While Whirlpool owns a stable of distinct brands (see above), consider the GE name an umbrella covering all their appliance products. GE uses different appliance “series” which are designed to appeal to market segments along attributes of price such as the brand GE Monogram, made for the luxury market, or “lifestyle” approaches such as the GE Artistry Series designed for (and by) a younger, “hip”, urban customer.

No matter where you “fit” Universal Appliance and Kitchen Center has the complete selection of GE Appliances at the very best prices. Visit UAKC for the best choices in major appliances and plumbing fixtures. 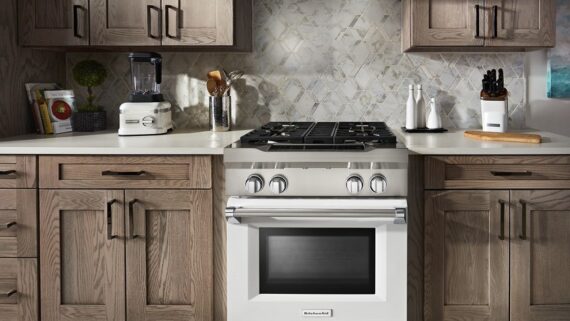 Which is Best for Entertaining? Gas vs. Electric Ranges

Who is Universal Appliance and Kitchen Center 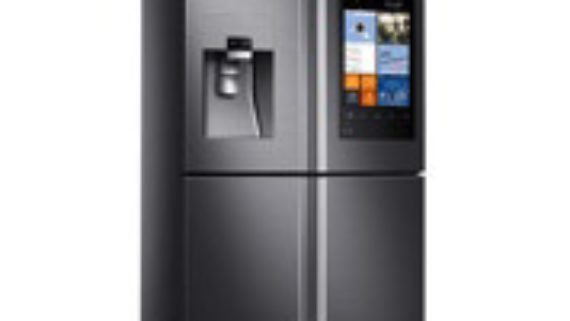 Looking Inside Your Refrigerator

Save Now on Electrolux Washer and Dryer at UAKC

Shop like an expert. Four July 4th tips for saving on appliances.