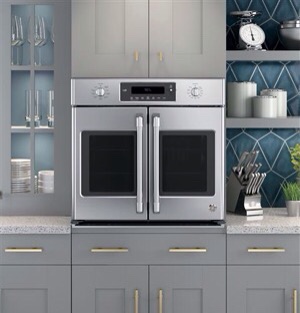 French-Door ovens for the home have been in various stages of planning for the past 10 to 15 years. They've existed in commercial kitchens for some time, and features from commercial appliances often migrate to the home appliance category. So, it was no surprise to see Viking and GE Monogram introduce French-Door wall ovens last year.

Among other high end specialty cooking brands both BlueStar and American Range have introduced French-Door wall ovens. Today, we're going to showcase the latest offering in this category: You are probably used to having a self-clean oven so you may be surprised to learn that most of GE's competitors in this category do not offer a self-clean oven even at a much higher price than GE Café. On top of the self-clean feature you can save time and save energy by using GE's Steam Clean feature.

There are different types of convection. This GE oven delivers True European Convection which includes a rear convection fan surrounded by an additional convection heating element. The Direct Air feature adds heated air distribution from the top of the oven for the best in even heat, a GE exclusive.

With Wi-Fi Connect users can remotely control their GE French-Door oven from their Smart Phones.

It's good news that French-Door ovens are now being offered for homes and not just in commercial applications. It's even better news, that multiple brands are competing with different features at different price points. The consumer wins – that's the best news of all!

Find out more about the GE Café French-Door wall oven as well as other major appliances and plumbing fixtures at Universal Appliance and Kitchen Center. 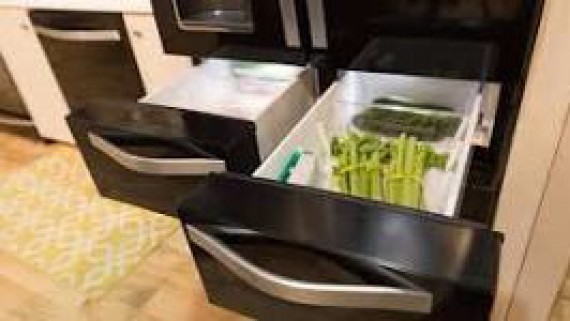 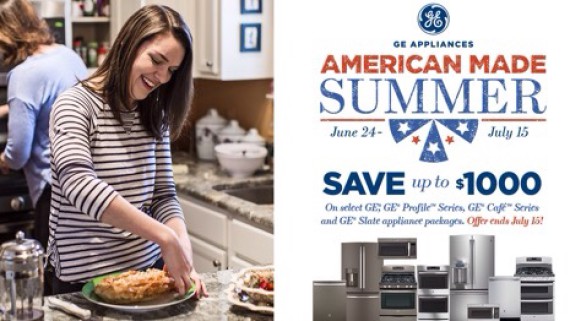 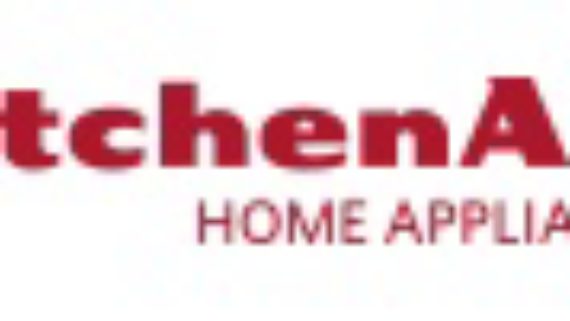