Earlier this year when the Viking Range Company was acquired by Middleby speculation was rife on what new products might be on the horizon. We're now seeing the results with Viking's recent announcement of their new and upcoming products. Earlier, we wrote about the new Viking French-Door Double Oven.

Now, it's time to show-off the Viking TurboChef Double Oven which will be coming soon to the Universal Appliance and Kitchen Center locations in Studio City and Calabasas. TurboChef takes speed cooking to a new level. While Middleby has previously been marketing the oven separately using the TurboChef brand, it only makes sense to offer this technology in a Viking product and here it is:

The Viking Professional TurboChef Double Oven incorporates advanced, high speed cooking technology proven in over 130,000 commercial kitchens worldwide. With over 200 patents, this oven will brown, sear, roast, and caramelize to perfection fifteen times faster than conventional ovens. Viking knows how valuable time is to busy families and the Viking TurboChef Double Oven gives you the luxury of spending less time cooking and more time at the table with the ones you love.

Pre-programmed profiles automatically determine cook time and temperature in the top oven, taking the guess work out of cooking.

Top oven operates as a standard microwave oven when using the Microwave function.

Bake, roast, broil, convection bake and roast, high and low broil, warm and proof, plus a probe in this traditional oven.

Clean-up is easy with the self-clean feature on top and bottom ovens.

Call or visit the experts today at Universal Appliance and Kitchen Center for more information on Viking and other fine appliances and plumbing fixtures. 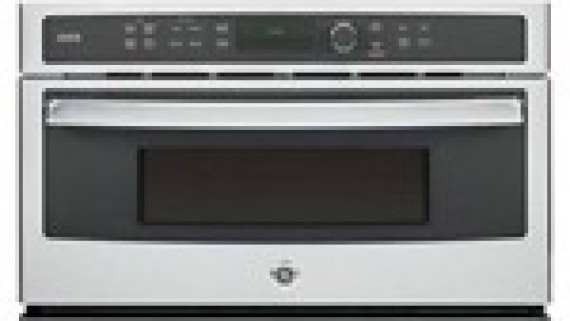 Placement of a Microwave Oven

Save on Viking Appliances

American Brand Appliances vs What is made in the U.S.