We bring beauty and comfort to your home
≡

Over The Range Microwave

All Refrigerators All Freezers

Side by Side Refrigerators

Side By Side Built In

Side By Side Freestanding

Side By Side Built In

No Freezer Built In

Imperial Cal. Products, Inc. was founded in 1961 by Frank Flentye. Frank began making economy range hoods in his San Fernando Valley, CA garage. In 1962 Frank hired Dick Mancinelli, now VP of Production. The company started out in Van Nuys, CA, in a 1000 square foot building. With Frank, Dick and a few part-time college students, the company was able to produce 500 economy hoods a month. Soon the demand for quality high-end models was exceeding their manufacturing abilities. Frank and his employees began hand-crafting a number of high-end models and styles. More product demand required more space and a larger work force. In 1973, after 10 years in the San Fernando Valley/ Burbank area, the company moved to Orange County. Imperial relocated to a 35,000 square foot plant in Brea, California. It is here that approximately 900 variations of the nine different groups and styles of range hoods are produced by 35 employees. The increase in the demand for Imperial products is due to three main factors; our emphasis on quality, performance, and customer service. Our focus in these three areas has resulted in our steady growth. In 2006, Frank Flentye turned the company over to his employees. Imperial has an ESOP program where the employees enjoy ownership in the company along with the pride of watching Imperial expand. In 2018 Dick Mancinelli retired from his position as VP Operations and Chief Engineer after working at Imperial for 50 years. He remains a member of our Board of Directors and continues to serve as a consultant. His expertise and innovation helped build Imperial into the successful company we are today. Although once exclusively based in Southern California, the company has expanded sales Nationwide and into Canada. 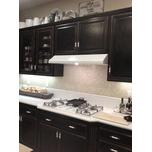 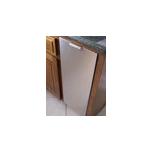 Welcome to our website! As we have the ability to list over one million items on our website (our selection changes all of the time), it is not feasible for a company our size to record and playback the descriptions on every item on our website. However, if you are an American with a disability we are here to help you. Please call our disability services phone line at 855-295-5062 during regular business hours and one of our kind and friendly personal shoppers will help you navigate through our website, help conduct advanced searches, help you choose the item you are looking for with the specifications you are seeking, read you the specifications of any item and consult with you about the products themselves. There is no charge for the help of this personal shopper for any American with a disability. Finally, your personal shopper will explain our Privacy Policy and Terms of Service, and help you place an order if you so desire.